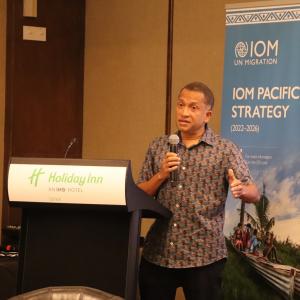 RCO
Resident Coordinator to Fiji, Solomon Islands, Tonga, Tuvalu and Vanuatu.
sanaka.samarasinha@un.org 679 322 7746
twitter
Sanaka Samarasinha commenced his appointment as the United Nations Resident Coordinator for the Republic of Fiji in 2018, with multi-country coverage of nine other Pacific Island Countries. Sanaka had served as the UN Resident Coordinator and UNDP Resident Representative (RC/RR) in Minsk and UNFPA Representative in Belarus (2013-2018). Before this appointment, Sanaka served in various offices of the UN and UNDP. Before joining the UN, he worked in the legal profession and in journalism, with government, civil society and the private sector in several different countries including the USA, South Africa and India.
Read more 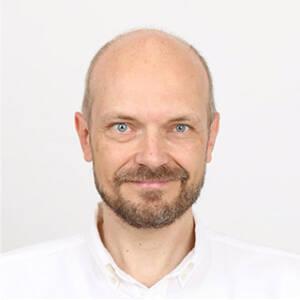 UN-Habitat
Pacific Regional Coordinator
Bernhard.Barth@unhabitat.org
twitter
Bernhard Barth joined UN-Habitat in 2006 and oversees UN-Habitat’s Pacific Programme since 2013 after moving to the Regional Office in Japan from UN-Habitat’s Headquarters in Nairobi. Bernhard also oversees two other country programmes in the Asia Pacific Region and UN-Habitat’s climate change programme. Prior to joining UN-Habitat, he worked for ESCAP in Bangkok and various NGOs in Madagascar, Papua New Guinea and the UK and his native Germany. Bernhard holds Master’s degrees in Economics and in Environmental Policy.
Read more 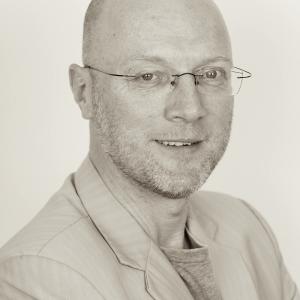 UNCDF
Programme Manager
bram.peters@uncdf.org
linkedin
Bram Peters is the Regional Digital Lead for UNCDF in the Pacific and the Programme Manager of the Pacific Financial Inclusion Programme (PFIP). Prior to joining the UN, he worked with FINCA International in Zambia and Uganda. He holds three Masters in Arts in Social Science (VU University Amsterdam); MA, Management Consultancy (Rotterdam School of Management, Erasmus University) and an MA in Microfinance from the Université libre de Bruxelles.
Read more 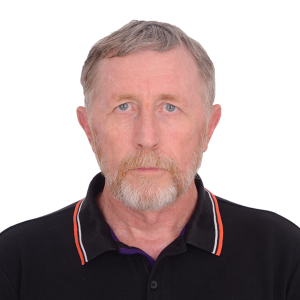 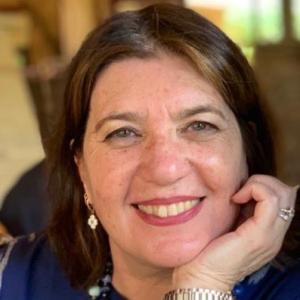 UNFPA
Director, Pacific Subregional Office
butler@unfpa.org [+679] 323 0700
twitter
Dr Jennifer Butler has worked with UNFPA for fourteen years in various capacities, including at headquarters, the regional office for Eastern Europe and Central Asia; and as Deputy Regional Director for Asia and the Pacific. Most recently, she was the Global Coordinator of the Nairobi Summit on ICPD 25, and UNFPA@50. She joined the UNFPA Pacific Subregional Office as Director on the 6th of April 2020, and will be telecommuting from New York until the lifting of travel restrictions related to the COVID-19 pandemic.
Read more 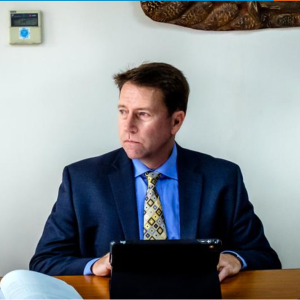 Dr Jacobs’ interests include developing healthy public policy, strengthening disease surveillance, strengthening all hazards emergency preparedness, and working across sectors to improve health. He holds a Bachelor of Medicine, Bachelor of Surgery, a Graduate Diploma in Health Services Management and a Master of Public Health 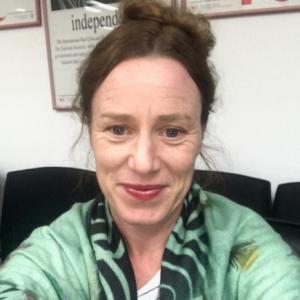 UNDRR
Head of Pacific Sub-Regional Office
gabrielle.emery@un.org
instagram
Ms Gabrielle (Gabby) Emery, a citizen of Aotearoa New Zealand, was appointed to the position of UNDRR Head of Pacific Subregional Office in January 2022 and is based in Suva, Fiji. As the UNDRR Pacific Representative, she oversees UNDRR support to Pacific Island countries and regional organisations.
Prior to this current appointment, Gabby was the head of the disaster law programme with the International Federation of Red Cross and Red Crescent in Asia Pacific. She brings extensive experience working with governments, partners and local actors to develop, revise and support implementation of climate, disaster and humanitarian laws and policies in the region, including many countries in the Pacific.
Gabby has also served as the policy and advocacy manager for New Zealand Red Cross, working on issues of international humanitarian law and refugee services in New Zealand. She was also humanitarian and development advisor for the New Zealand Ministry of Foreign Affairs based out of New York. Gabby holds a master’s in international human rights law, and undergraduate degrees in Law and Arts. She is married with three children, and several adopted street dogs.
Read more 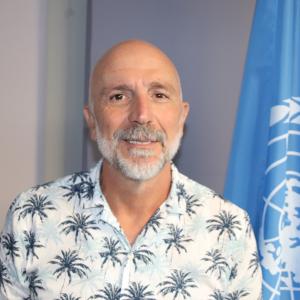 OCHA
Head of Office a.i.
gomezg@un.org +6793316760
twitter
Gerard Gomez has 30 years of Humanitarian Crisis Experience. He has worked for Médecins Sans Frontières programs in Latin America and the Caribbean, East Africa, Asia and Europe, working as a Logistics Coordinator and later as a Training Coordinator on Emergency Preparedness and Response and Logistics in Emergencies. Mr. Gomez has spent the last 18 years working within the UN system. He began his career with the United Nations as the Senior Regional Disaster Advisor for the Caribbean, based in Ecuador and Panama. He went on to Head the Regional OCHA office for Latin America and the Caribbean, before becoming Head of Office for OCHA in Colombia. Mr. Gomez was the IOM Deputy Chief of Mission before joining UN OCHA in the Pacific.
Mr. Gomez holds a Master's Degree in Logistic Administration.
Read more 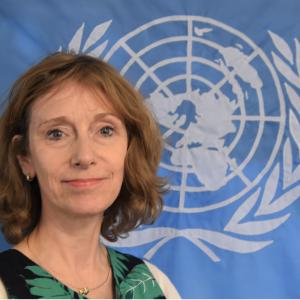 OHCHR
Regional Representative OHCHR Regional Office for the Pacific (ROP)
heike.alefsen@one.un.org (679) 3310465
twitter
Heike Alefsen has almost 30 years of human rights, legal, political and development work experience with the United Nations, the Council of Europe and civil society. Until 2020, she was Senior Human Rights Adviser to the UN Country Team in Bangladesh and to the UN Development Group Asia-Pacific in Bangkok. As Deputy Head of the OHCHR Regional Office for South-East Asia, she established a country programme for Myanmar and coordinated policy and information of the Human Rights Council’s special procedures at OHCHR Geneva. She also served with the UN Division for the Advancement of Women and the UN Development Fund for Women in New York, as Council of Europe Representative in Bosnia and Herzegovina, and with Amnesty International’s Legal Office in London.
Read more 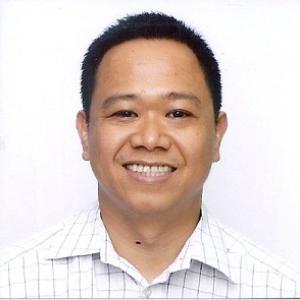 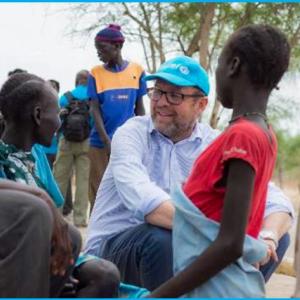 Prior to this current appointment, Mr. Veitch was the Deputy Director of the Private Fundraising and Partnerships Division at UNICEF, based in Geneva, responsible for the relationship with UNICEF’s 33 National Committees. He brings with him extensive experience working on children’s issues at the country and global level, especially in dealing with complex emergencies, peacebuilding and maternal and child health.

Mr. Veitch served as the UNICEF Representative in South Sudan from 2014 to 2016, and in Kyrgyzstan between 2010 to 2014. Prior to that Mr. Veitch was a Senior Programme Officer at the World Health Organisation in Geneva, responsible for liaison between the two organisations, especially in the Global Polio Eradication Initiative.

Mr. Veitch was the Senior Programme Officer for UNICEF in Sudan, and he also spent several years working in Somalia as the UNICEF head of Central and Southern zones. He has worked for the UN and NGOs in several other countries in Africa and Asia.

Mr. Veitch holds a Master’s degree from the Fletcher School of Law and Diplomacy, Tufts University. He is married with three children and is currently in Fiji with his family.
Read more 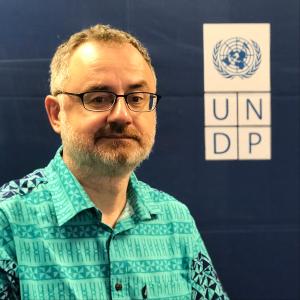 UNDP
Resident Representative
registry.fj@undp.org [+679] 331 2500
twitter
Levan assumed functions of Resident Representative for the UNDP Pacific Office in Fiji in July 2019. The Office in Fiji covers 10 countries including Federated States of Micronesia, Fiji, Kiribati, Marshall Islands, Nauru, Palau, Solomon Islands, Tonga, Tuvalu and Vanuatu. His prior two assignments were at UNDP headquarters in New York: most recently as Chief, Planning and Operations Support, Regional Bureau for Europe and Central Asia. He started in the United Nations in his native Georgia in 1996. 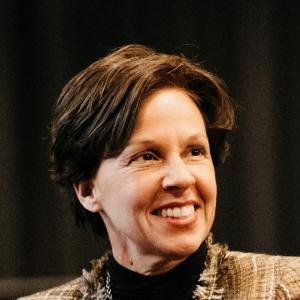 UNHCR
Regional Representative to Australia, New Zealand and the Pacific
[+612] 6281 9100
Louise is the Regional Representative of UNHCR in Canberra, with geographical responsibility for the region, which includes Australia, Cook Islands, Fiji, Federated States of Micronesia, Kiribati, the Marshall Islands, Nauru, New Zealand, Niue, Palau, Papua New Guinea, Samoa, the Solomon Islands, Tonga, Tuvalu and Vanuatu. Since joining UNHCR, she has served in a number of refugee and internal displacement operations including Central African Republic, Rwanda, Guinea, Ethiopia, Kenya, Bangladesh, in addition to legal and advocacy work in Canada and in France. Before moving to Australia, she was Deputy Director in the Division of International Protection at UNHCR’s Headquarters in Geneva. Ms Aubin is a Canadian lawyer.
Read more 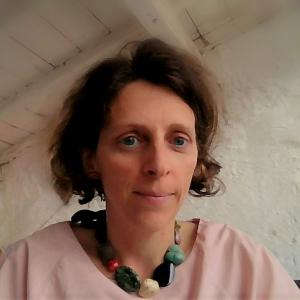 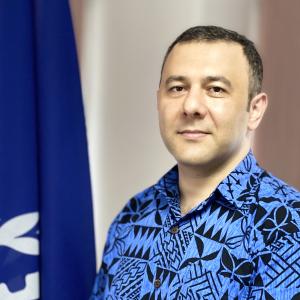 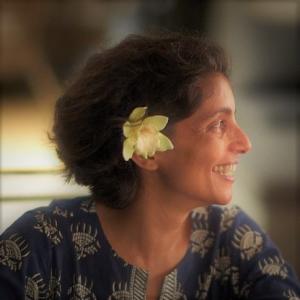 UNESCO
Director UNESCO Office for the Pacific
nisha@unesco.org
twitter
Nisha brings over 30 years of experiences in multi-sector development and humanitarian response to her current role. Nisha has worked internationally with Oxfam GB, Christian Aid, UNDP, UNIFEM and ILO in East and Horn of Africa, Arab States and South Asia, and with CSOs in India.
Read more 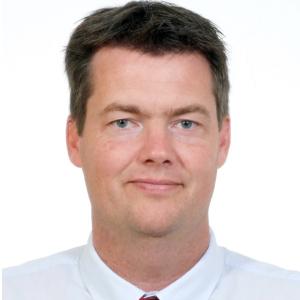 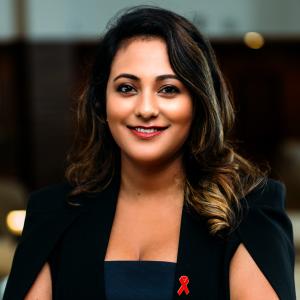 UNAIDS
Country Director
ramr@unaids.org +6793310480
twitter
linkedin
Renata Ram is the Country Director for the UNAIDS Pacific Office based in Fiji. Her role is to promote, support and provide guidance to national partners, civil society and the UN system in reaching Global AIDS targets by 2030 with a community-centred and human rights approach to rapidly scale up HIV services in Fiji & 13 Pacific Island Countries. Before joining UNAIDS, Renata worked as a Programme Management Officer for the World Health Organization, working with the Ministry of Health in Fiji on the coordination of Fiji’s Zika-virus response. Renata has over 10 years’ experience of working in public health within the Pacific region for government, commercial, not-for profit, academic and international organizations. She is a holder of a Master of Health Policy from the University of Sydney, post-graduate qualifications in Public Health, Health Services Management, Dental Therapy from the Fiji School of Medicine and Development Studies from the University of the South Pacific.
Read more 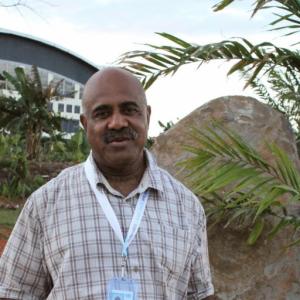 IFAD
Sub-regional Coordinator (Pacific)
s.tubuna@ifad.org +6793312500
twitter
Sakiusa Tubuna is the Sub-regional Coordinator for the Pacific, for the International Fund for Agricultural Development, based in Suva, Fiji. Mr. Tubuna brings with him a wealth of experience, working for the Fijian Government for 24 years, spending 2 years in the Ministry of Strategic Planning, National Development and Statistics and 22 years with the Ministry of Agriculture.
Mr. Tubuna holds a Bachelor's Degree in Agricultural Economics from the University of New England and Post Graduate Diplomas in Commerce (Economics), Development Economics and International Development from the University of the South Pacific.
Read more 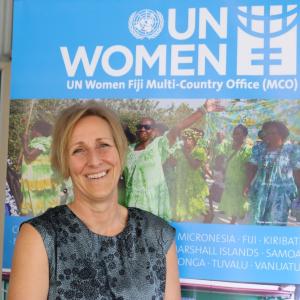 UN Women
Representative
sandra.bernklau@unwomen.org
twitter
Sandra was appointed Representative for UN Women Fiji Multi-Country Office in March 2019. The office covers 14 Pacific Island countries, and provides technical advice and support in advancing gender equality through four priority programmatic areas in the Pacific region. Prior to her appointment as Representative, Sandra was Officer-in-Charge under her role as Regional Technical Specialist. She has over 25 years of experience in the field of gender and human rights development work. Sandra has worked in Lesotho, India and Nepal, with the majority of her working career in the Pacific. Sandra has a Masters in International Development Education.
Read more 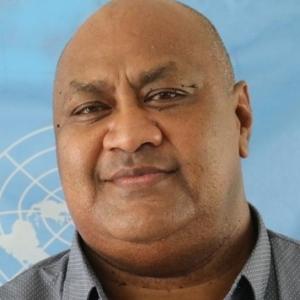 UNEP
Head UN Environment Programme – Sub-regional office for the Pacific .
sefanaia.nawadra@un.org
twitter
Mr Sefanaia Nawadra assumed his responsibilities as the Head of the UNEP Sub-regional office for the Pacific in 2015. With over 20 years of experience in the regional environment sector, Mr. Nawadra represents and facilitates the work of UNEP in 14 Pacific Island countries.
A national of Fiji, Mr. Nawadra previously worked at the Secretariat of the Pacific Regional Environment Programme for 10 years initially as a Marine Pollution Adviser then Director for the Environment Monitoring and Governance Division, He has also worked as Conservation International’s Fiji Country Director; Environment Director (Pacific) of Sinclair Knight Merz Engineering Consultants; Health Safety and Environment Manager for Shell Pacific Islands Limited; and several senior technical positions within the Fiji Government’s Environment and Agriculture Departments. He was Chief Technical and Scientific representative on Fiji’s delegations to the 1st and 2nd UNFCCC and UN Convention on Biodiversity COPs.
He holds a Bachelor’s Degree in Environmental Engineering from the University of Canberra and a Masters of Environmental Management from the Imperial College, University of London. 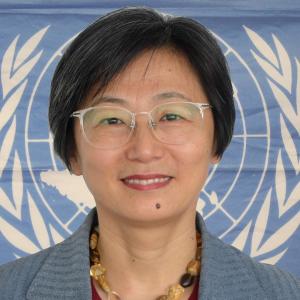 FAO
FAO Representative and Subregional Coordinator for the Pacific Islands
SAP-SRC@fao.org +685 22127
twitter
Ms Xiangjun Yao assumed her role as the FAO Sub Regional Coordinator for the Pacific in 2020. She oversees FAO’s work in providing policy advisory and technical assistance to its 14 Member Countries to improve food security, income-earning opportunities in agriculture, fisheries and forestry, and increasing resilience of small farmers and producers in the Pacific. She joined FAO Headquarters in June 2011 and has held leading roles in several technical divisions/offices within FAO.
Read more